The annual prize recognizes an outstanding scholarly book published on a British Columbian subject by a Canadian author. 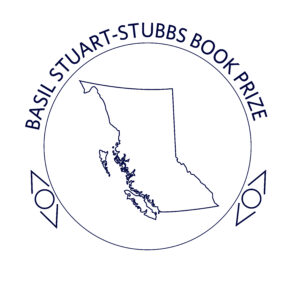 In the coming years, we hope to increase the value of the $2,500 prize with your help. By making a gift to support the prize, you will honour Basil’s memory, support local authors, and celebrate the importance of BC’s literary and scholarly landscape.
Previous winners of the prize have all gone on to receive further accolades for their winning books.

Basil Stuart-Stubbs had a profound impact on UBC and the wider literary and scholarly community. He was University Librarian from 1964 to 1981, and Director of the School of Library, Archival and Information Studies from 1981 to 1992. Professor Emeritus and University Librarian Emeritus at UBC, Stuart-Stubbs is remembered as a bibliophile, scholar, fierce intellect and great leader.

Stuart-Stubbs had a leadership role in many national and regional library and publishing activities. During his exceptional career, Basil took particular interest in the production and distribution of Canadian books, and was associated with several initiatives beneficial to authors and their readers, and to Canadian publishing.

He received many awards and honours, including:

Please make a donation to support the annual prize in Basil’s name and continue his legacy of advocacy for Canadiana and local scholarly work.

Giving FAQs Why give

Your support is needed